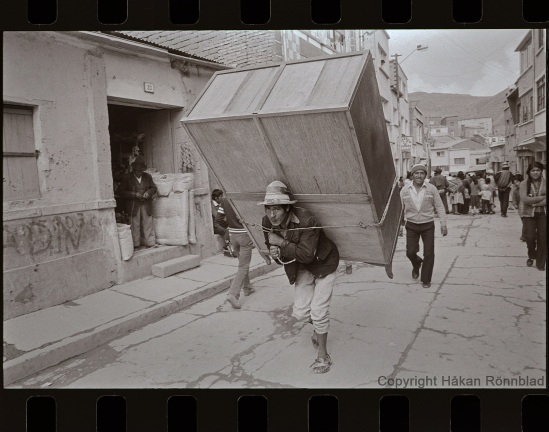 Llallagua is situated high up in the Andes at the end of the world . This is the mining district of Bolivia. One of the most important tin-mines is named Siglo XX (20th century). Conditions are hard!

The Bolivian government closed the production at Siglo XX 1987. Small groups continue to work the mine independently .

My hotel (when i was there 1985) charged half a dollar per night. No locks on the door and the roof was leaking!